Wade won his first PDC major since 2011 by coming back from 9-2 down to beat Mervyn King 11-10 in the final of the Masters in Edinburgh.

The 31-year-old, who beat Adrian Lewis and Phil Taylor earlier in the day, then celebrated his win on stage with hot walk-on girl Sammi Marsh.

James and Sammi have been dating for over a year and they are now engaged. 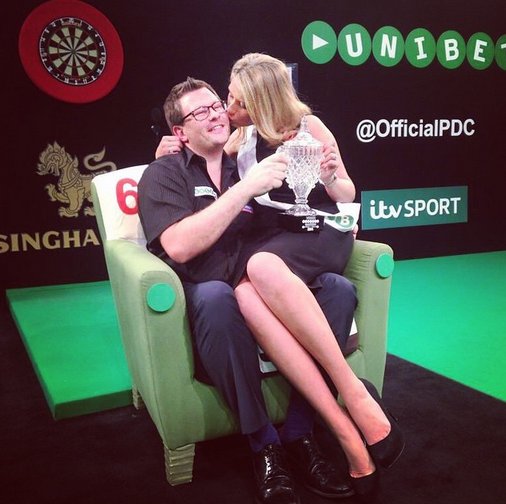