United’s injury crisis really has been THAT bad.

Manchester United have had some rotten luck with injuries so far this season, but not many knew it has actually been this bad as for the first time all 35 instances of a player being crocked at Old Trafford this season have been recorded below.

During his time at the club Louis Van Gaal has been hit by some serious absences, and in a number of cases certain players have been hit more than once, calling into question whether their dismal form has been down to ineptitude, or whether their injury crisis really has had something to do with it. 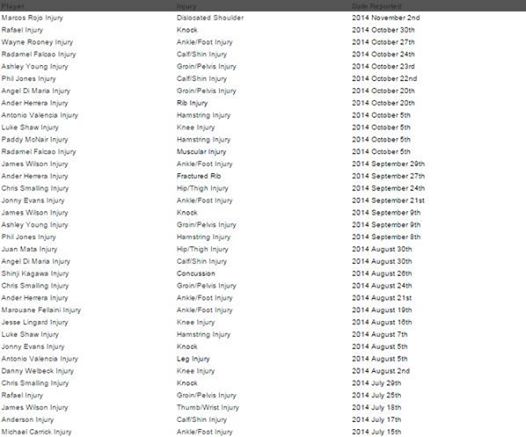