Real Madrid superstar Cristiano Ronaldo celebrated the one year anniversary of his CR7 underwear collection in bizarre fashion, cutting up a cake made to look like a pair of briefs.

The Portuguese forward took to Instagram to share the celebration with his fans; I wonder if he had the entire cake to himself or if he shared that too. 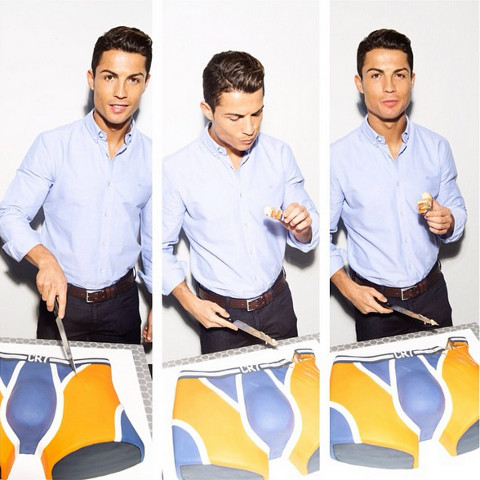 Ronaldo’s mind is probably more on his football than his fashion lines at the moment, with the former Manchester United star in unbelievable form this season scoring goal after goal for a dominant Real Madrid team.