Liverpool’s worst defeats in history, including routs at the hands of Arsenal and Manchester United…

With another drubbing on the cards against Real Madrid this Tuesday night, Liverpool could potentially suffer one of their worst ever defeats.

Can Brendan Rodgers stem the flow or will the La Liga giants better the accomplishments of Arsenal, Chelsea, and Manchester United before them.

Here are Liverpool’s ten biggest defeats in the history of the club: 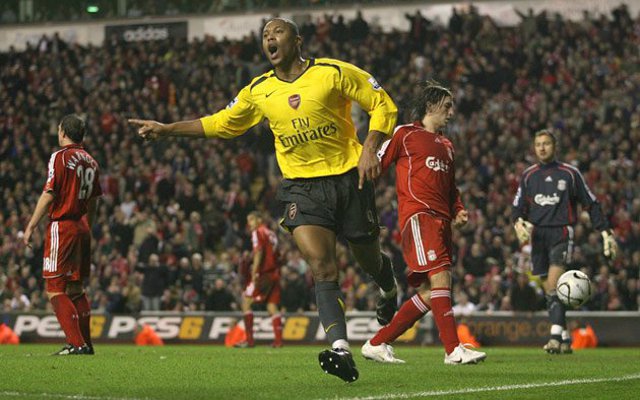 Knocked unceremoniously out of the League Cup by Arsenal in 2007, Julio Baptista bagged four goals for the Gunners.

This was the first time Liverpool had conceded six goals at Anfield in 77 years.