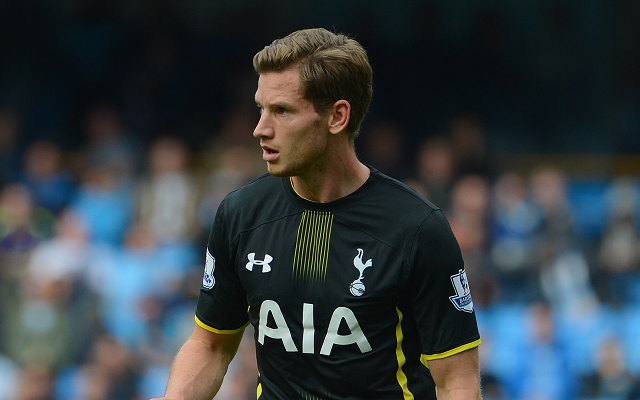 It took Spurs defender Jan Vertonghen only seconds to jump on Twitter to celebrate Aleksandar Mitrovic’s late equaliser against Arsenal, and it didn’t take long after that for furious Arsenal fans to lash out at the defender on the platform.

Arsenal cruised into a three-nil lead, with goals from Mikel Arteta, Alex Oxlade-Chamberlain and Alexis Sanchez setting the Gunners up for what it seemed like would be an easy win.

But Anderlecht, who haven’t won in England in 15 attempts, capitalised on a series of Arsenal errors to battle their way back to 3-3.

An edited selection of the violent response is posted below.

@Jan_Vertonghen Watch at the Lane you f****g c****, failed defender. Banter when Alexis nutmegs you.

@Jan_Vertonghen do you even know what the champions league is pal?

@JakeyyBoyy22 Get Ebola and fucking die you scummy c***