Imagine the abuse West Ham owner David Gold would get if the team were doing badly?

West Ham may be doing fantastically in the Premier League this season, but that doesn’t stop their fans ripping into the club’s owners.

Hammers co-owner David Gold was brilliantly trolled on Twitter by a fan, the businessman walking right into his trap after a clever set up.

Innocently offering property advice Gold had no idea he was setting himself up to be the butt of the joke. 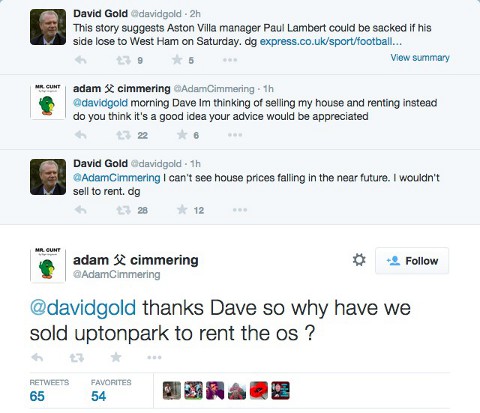