Which side has earned the young supporter’s colours…?

A Manchester based football fan put up the chance to choose who his son supports up for sale on eBay, but one of the expected giants didn’t win his allegiance!

With the number of supporters that they have, you probably would have expected Manchester United or Manchester City, or another top club to win the auction. Especially as the item was titled “United or City?” on the site.

However, it was a Stockport County fan who ended up winning the kid’s allegiance to his club. The winning bid was £190, and all money will go towards the charity Bliss which supports premature ad special care babies.

Is this the first time Stockport have gained a fan through splashing the cash? 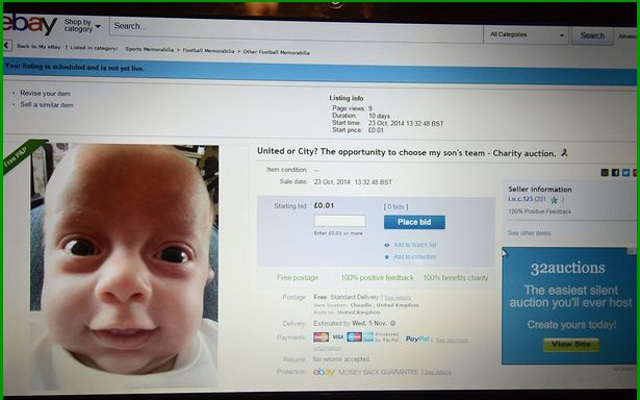