She looks absolutely stunning in this seductive modelling shot in a sheer top and practically nothing else. 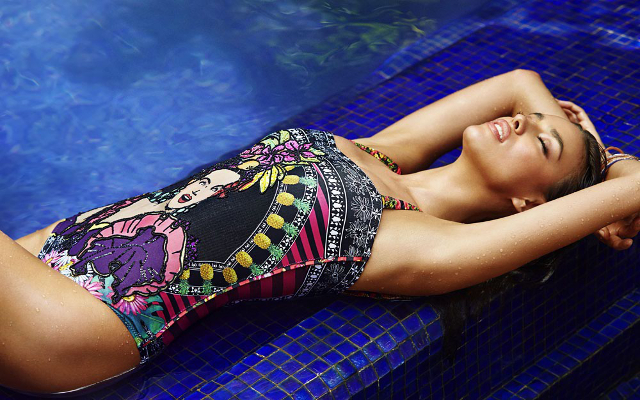 What a shame that has already got at the picture with Photoshop.