Real Madrid’s Sami Khedira and Schalke wunderkind Julian Draxler are both long term targets for Arsenal, with the German duo heavily linked with a move to the Premier League this summer.

The Gunners continue to be linked with them as the January window approaches, although with Draxler’s latest injury ruling him out until the new year any possible transfer may have been put on the back burner.

Khedira sent his young compatriot a touching message on Instagram to let him know his thoughts were with him.

“Keep hanging in there and get well soon! I am looking forward to playing with you in “Die Mannschaft” again! #draxler #SK” 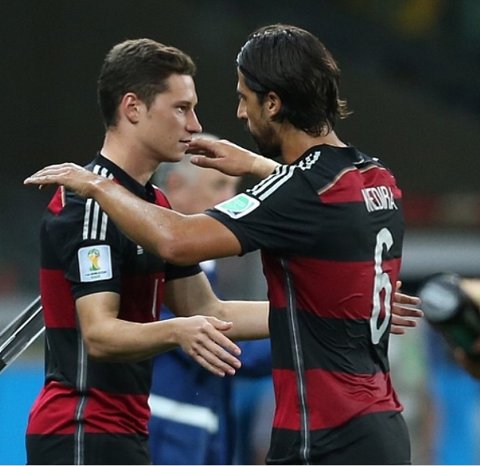 The 27-year-old is no stranger to injuries himself, with his career blighted with a number of severe problems.

With both players seemingly so injury prone, it seems like they are as good as Arsenal players already.