Galatasaray star Wesley Sneijder’s wife Yolanthe Cabau is currently filming a new Police Academy film in Turkey. The fight scenes she is involved in seem to be getting a little too real however.

Cabau took to Instagram to show off her freshly broken hand after her latest stint on the set.

The snap was captioned, “My fighting scenes are becoming very serious.. I broke my hand while filming.. #PoliceAcademy #PolisAkademisi But I’m okay though.. We keep on going” 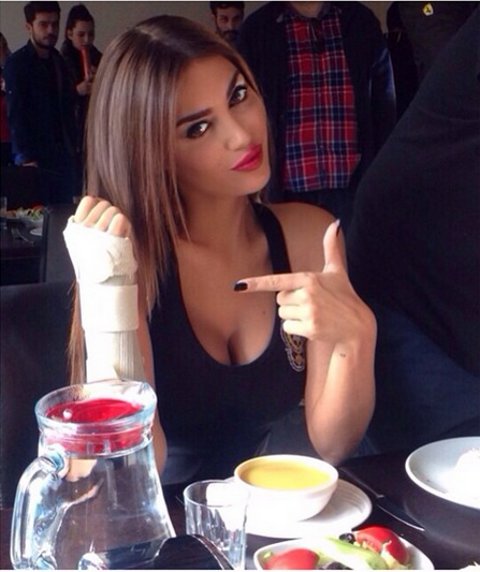 She still looks drop dead gorgeous despite only having one hand.