She always looks beautiful even when she hasn’t made an effort, but done up to the nines as she is in this photo she is just about as close to perfection as you can get. 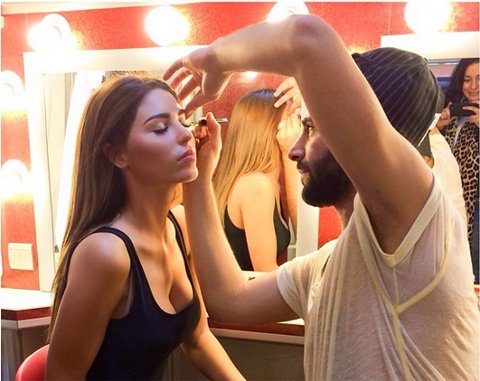 The make-up artist is a lucky guy!