World Cup Winner Mario Gotze has finally explained a picture that had everyone talking for quite a while.

An innocent picture taken after the World Cup final in Brazil went viral and spread across the web this summer. German star Gotze was snapped after the game with Barcelona star Lionel Messi. 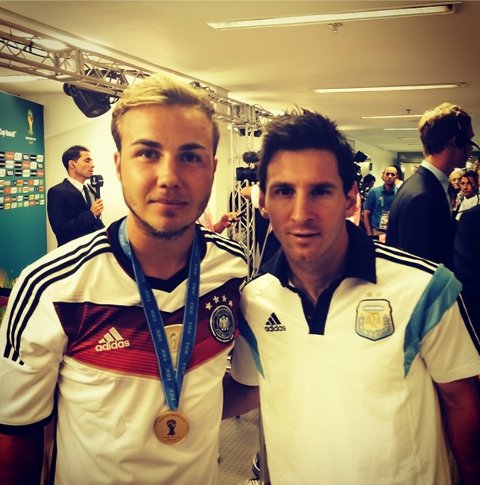 The Bayern Munich ace revealed that he had raced after Messi upon receiving his Man of the Match award, hoping to get a picture with a footballing icon.

Having just beaten Argentina and scoring the winning goal himself, Gotze was asked if he attempted to comfort his opponent in any way. “You can’t always win… The best thing to do is leave them alone… There isn’t really much you can say,” he responded.

Messi was understandably devastated after losing in the final, but was still willing to take a picture with his on-field rival.

Check out the following video to see the interview: