Who is the most valuable young striker in the Premier League…

CaughtOffside ranks the eight most valuable strikers under the age of 23 in the Premier League, according to football statistics website transfermarkt: 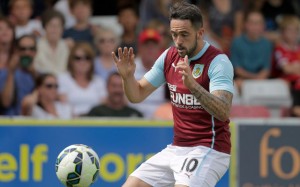 According to the source, Ings narrowly and surprisingly beats Harry Kane to eighth place. He scored goals for fun in the Championship, but is yet to make much of an impact so far this season.