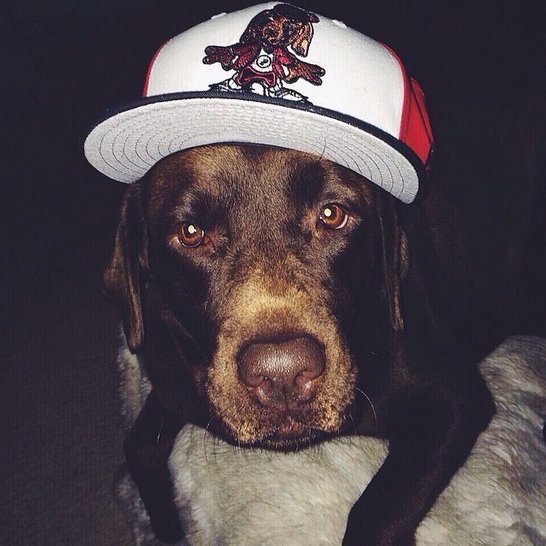 The German World Cup winner showed his pooch off via Instagram on Wednesday night.

Podolski put one of his caps on the labrador, who we reckon looks rather a lot like him.

Sure, Podolski doesn’t have black hair all over his face, but, that aside, the two could be brothers!