After their brilliant season in 2013-14, Liverpool have quickly returned to be being upper-midtable Premier League also-rans.

Despite the season being little over a quarter complete, the Reds have already lost seven games, including defeats to Aston Villa, West Ham United and Newcastle United.

Liverpool find themselves 12 points behind Premier League leaders Chelsea, while their Champions League campaign is also looking potentially doomed, having taken just three points from a possible 12 in Group B.

Although things are going fairly horribly on matchdays, morale on the training ground is seemingly still very high.

Captain Steven Gerrard and attacking midfielder Philippe Coutinho were snapped sharing a laugh and a joke during Thursday’s session at Melwood. 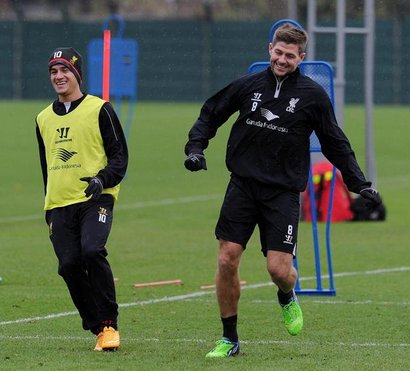 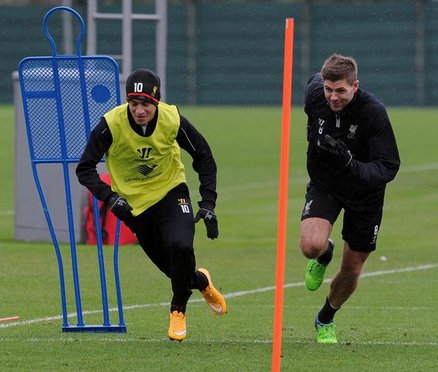 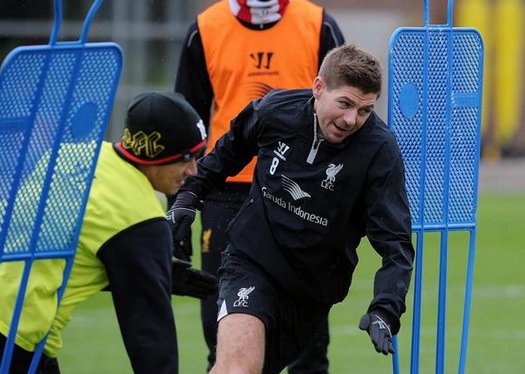