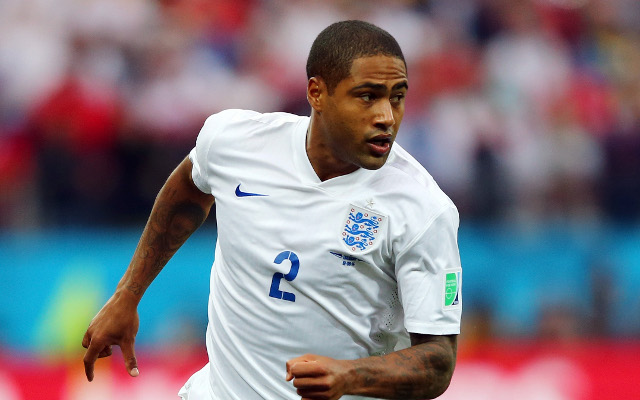 Johnson is considering hanging up his Three Lions boots.

The Three Lions manager decided to go with Arsenal youngster Calum Chambers and Nathaniel Clyne of Southampton as his right-back options in the latest 26-man squad.

Johnson will therefore be unavailable for the upcoming Euro 2016 qualifier with Slovenia on November 15 and friendly with Scotland four days later, suggesting Hodgson is looking towards the future of the team.

Not that the Reds full-back is particularly old in footballing terms, with the former Portsmouth man turning 31-years-old in June 2015.

If Johnson does decide to hang up his international boots he will be the fourth high profile player to do so this year, with club captain Steven Gerrard, Manchester City loanee Frank Lampard and Ashley Cole of AS Roma all having done so in 2014.

The Englishman made his debut for the nation way back in 2003 and has since earned a respectable 54 caps in total, having been a first choice in the starting XI at both the 2010 and 2014 World Cups and Euro 2012.

However, in recent times Johnson has been criticised for a lack of form and there are even rumours that Reds boss Brendan Rodgers is also going to drop the West Ham United youth product.