The Chelsea camp looked very happy – with the exception of Diego Costa – as the Blues headed back to London following Saturday’s 2-1 win at Liverpool.

Captain John Terry uploaded the below picture from the team bus.

It features 17 Chelsea stars… Can you spot them all?

Chelsea’s win at Anfield leaves them 15 points clear of the Reds.

The Blues are now unbeaten in their last fives games against the Merseyside outfit. 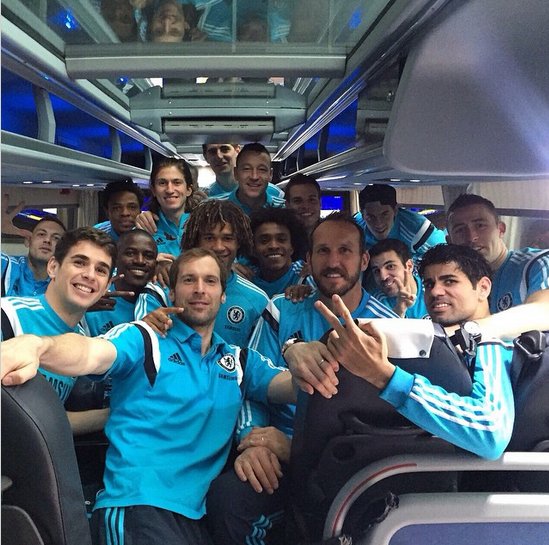