Reds fan makes what is already the biggest mistake of his life.

Hey, come on, we all do silly things. We all make mistakes, we’re only human. But some of us are so blindly daft that even the most obvious bad ideas can seem like a good one. At least that’s what happened to this fella when he thought he would get a tattoo of Liverpool boss Brendan Rodgers.

Rodgers may be popular amongst most sections of the Anfield support, we certainly had no idea that some were clearly so taken with him.

“I’ve always said that you can live without water for many days, but you can’t live for a second without hope.” 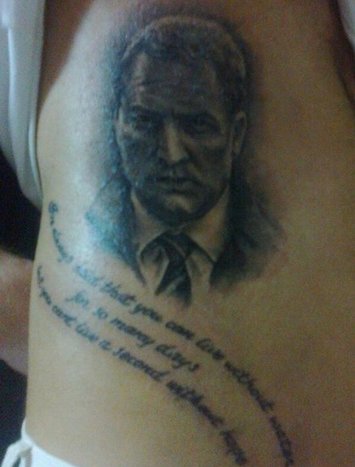