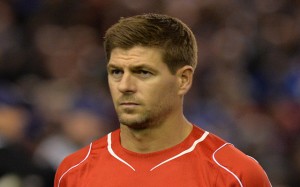 Liverpool boss Brendan Rodgers believes Steven Gerrard’s slip against Chelsea would have ‘broken’ weaker characters, and has backed his captain to put in a strong performance when the teams meet again later today.

Rodgers said: “I think it would have broken weaker characters. But Steven has got the inner-strength that only the very, very best players have. You have to have that to perform at the level he has for 15 years at one of the top clubs in the world where the scrutiny is on you week in, week out.

“He has performed at a level that gets him over disappointments, that allows him to keep going and it is his character that defines him above even his talent. He has been remarkable for this club throughout his career here, and will continue to be.”