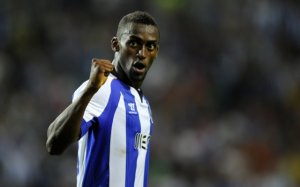 Liverpool are reportedly weighing up a £30m move for Porto striker Jackson Martinez. The Colombian striker has scored an excellent 72 goals in 106 games for the Portuguese giants but is reportedly on the look-out for a new challenge.

Arsenal were heavily linked with Martinez in the summer and although a bid failed to materialise, Arsene Wenger is still thought to be keen.

However, according to the Daily Express, it is Liverpool who are in pole position and could make a move in January. Brendan Rodgers is in need of more options in attack and has funds to strengthen.