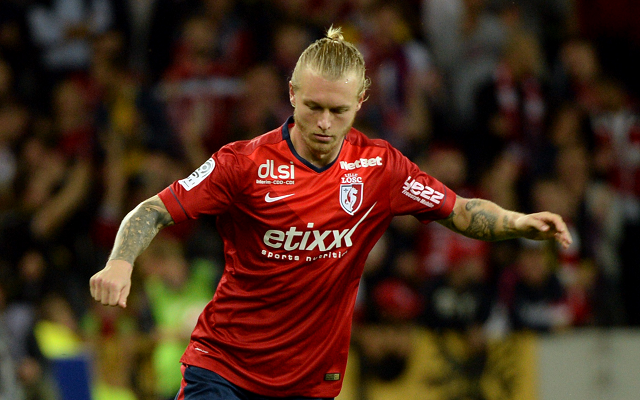 Lille centre-back has admitted he would be open to a move to the Premier League whilst at pains to point out that his family are huge Liverpool fans according to Goal.com.

The 25 year old has been a big hit since moving to France 18 months ago but has confessed that it would be hard to turn down a move to the English top tier, stating;

Lille centre-back Simon Kjaer has admitted that he would love to take the opportunity to test himself in the Premier League.

“I am not in a hurry to leave France. My family and I enjoy living in Lille, and I enjoy playing for LOSC,” he said.

“But, at 25, I have to plan for the best years of my career and England could very well be my next destination.

“I’ve considered a move to England before, but next summer it could happen.”

A move to Anfield seems an option he would be open to, Kjaer adding;

“It’s not a secret that my family are Liverpool fans, and a move to Liverpool would make my family happy. But they support me more than they support anything else, so they are happy where ever I go – as long as I am happy,” the Denmark star explained.

Liverpool have struggled a the back over the past year or so and new signing Dejan Lovren hasn’t exactly helped in this regard so Brendan Rodgers may well want to keep a close eye on Danish international Kjaer.