Eight most under pressure managers in European football…

It’s worth sparing a thought at this time of year for those managers that are in football’s most high pressured jobs. League standings have been established, some team’s have already exited certain competitions, and trophy prospects have been analysed.

While many fear for those in charge of teams struggling in a relegation scrap, Europe’s super powers are also focused on determining whether they have the right man in charge.

Here are eight giants whose bosses might have reason to fear for their jobs this winter: 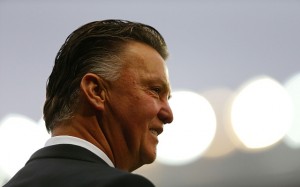 It seems unlikely that United will change manager mid-way through the season for a second successive year, especially after two decades of stability. However, it’s worth remembering that the Dutchman has overseen the club’s worst start since 1986 and seen his club humbled in the League Cup by MK Dons. Having also spent over £150m in the summer window, club officials will expect to see a turnaround in results sooner rather than later.