On Sunday, Sterling called on his Instagram followers to help Melody win a ‘Liverpool’s Next Top Model’ contest, which has been organised by LMI – a modelling agency on Merseyside.

Melody is a entrant in the ‘one to three’ age category. She is up against 11 others toddlers.

When this story was published, Sterling’s daughter (pictured below) was second in the vote.

Raheem has been one of Liverpool’s star performers this season, scoring three goals and providing three assists in 11 Premier League games. 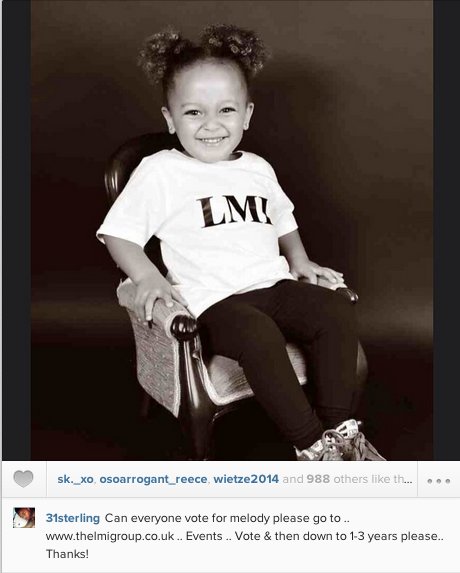