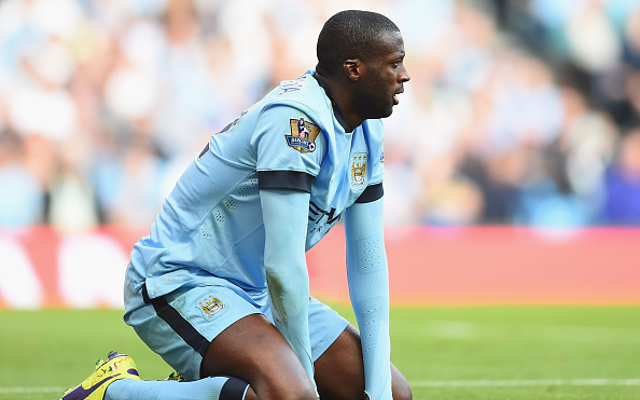 City set for changes in midfield this winter.

Manchester City are prepared to lose star midfielder Yaya Toure to Paris Saint-Germain this January, and could sign Real Madrid’s Sami Khedira as a replacement, according to the Daily Mail.

The Premier League champions are seemingly ready to let Toure go after the Ivory Coast international’s severe dip in form this season, with Manuel Pellegrini already thinking about players he can bring him to bolster his midfield options.

City look in need of changes after a poor start to the season, and there’s no doubt Khedira could make an excellent signing if the club can beat off competition for his signature.

The German international is also wanted by Arsenal after refusing to sign a new contract at the Bernabeu, and it looks likely that he will either move for a cut-price fee this January or on a free transfer at the end of this season.

City’s search for a new midfielder could also see them make a move for Liverpool captain Steven Gerrard in the summer, with Pellegrini recently hinting that he could be interested in the veteran Reds star.

Th 34-year-old is another player who could be a free agent as he stalls on committing his future at Anfield.