There are some truly fantastic stadiums being built at the moment, with venues for the upcoming European Championships and World Cups on the verge of being completed. 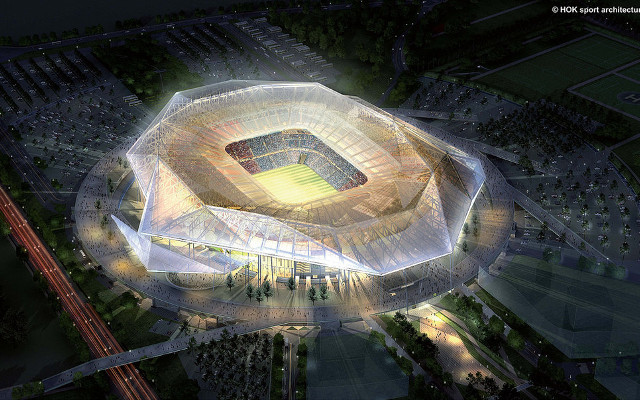 Olympique Lyonnais are set to complete their stunning new stadium in 2015 at some point, and it is already looking breathtaking.