The glamorous Thaissa Carvalho was looking incredible here as she emerged from a sunlit pool of water, complete in what appears to be a sleeveless wetsuit.

The girlfriend of Barcelona defender Dani Alves could of course be a Premier League WAG next season, with her hubby linked with a move to Manchester United among others. 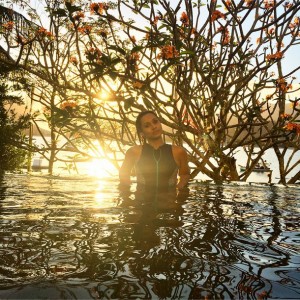