There was plenty on show yesterday as stripped down tennis stars Serena Williams and Caroline Wozniacki posed with their coaches. There was certainly plenty of praise for the former, whose Instagram post earned over 16k likes and more than a few provocative comments. 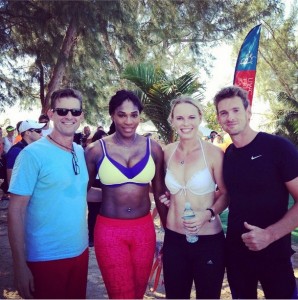