Mario Balotelli’s former fiancee Fanny Neguesha is clearly enjoying herself a lot more than her form hubby, since the split from the now Liverpool striker.

While the controversial Italian has been struggling with his form, his super sexy ex has been enjoying some much needed catch-up time with her besties, and posting the results on social media: 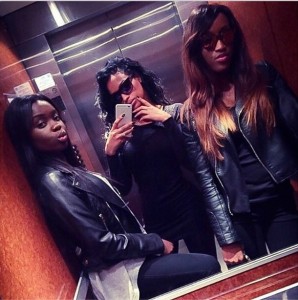