Wilfried Zaha might have failed to make an impression at Manchester United since joining the club in January 2013, but that’s not stopped him from splashing the cash on an elaborate present for himself to celebrate his 22nd birthday. 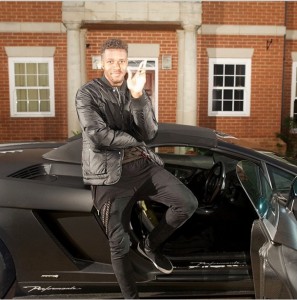