Two of Argentina greatest players of all time – Lionel Messi and Carlos Tevez – were finally reunited in training today.

The two players have not played together since 2011 when former Argentina manager Alejandro Sabella dropped him from the squad.

He missed out of the World Cup finals, with Sabella favouring a front three of Higuain, Messi, and Aguero.

When Sabella stepped down after the final defeat to Germany, new manager Martino made no secret of his desire to recall El Juagdor del Pueblo – the people’s player.

It means he is finally reunited with Messi after three years apart. Croatia and Portugal beware! 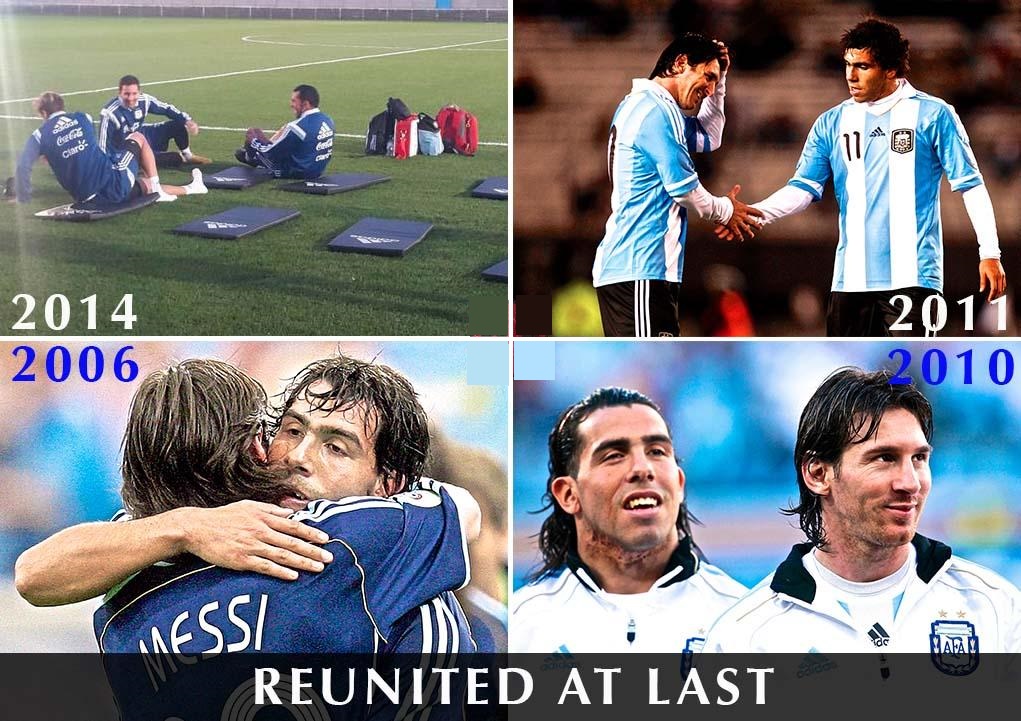