Gabriella Lenzi was looking a little lost as she posed for this photo yesterday, but the former girlfriend of Barcelona forward Neymar was still all smiles, as she showed off her fabulous figure in a colourful bikini and tinted glasses. 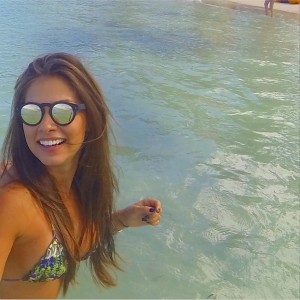