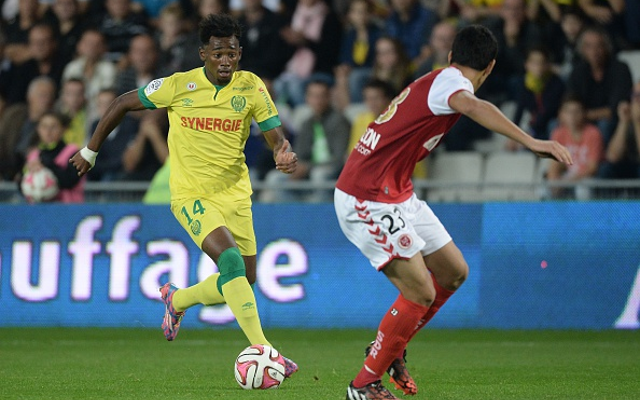 Liverpool have been linked as one of several clubs chasing the signing of exciting French youngster Georges-Kevin N’Koudou this January, according to Fichajes.com.

The Reds look in need of improvements in attack this season after a frustrating start to the campaign, with summer signings such as Mario Balotelli, Adam Lallana and Lazar Markovic failing to hit form so far.

After losing Luis Suarez to Barcelona in the summer, Liverpool have not looked at their best in attack, and it could be that the highly impressive N’Koudou could be the answer to their problems in that part of the pitch.

The 19-year-old Nantes winger has caught the eye with his performances in Ligue 1, showing great pace and ability in the wide positions to attract interest from a host of bigger clubs.

Juventus are likely to compete with Liverpool for his signature, while the likes of AS Roma, AC Milan and Inter Milan are also after him, as well as French outfit Marseille.

After spending so much in the summer, it remains to be seen how much the Reds will be able to afford in the next transfer window, but it seems that N’Koudou is up there with Brendan Rodgers’ priority targets for the winter.