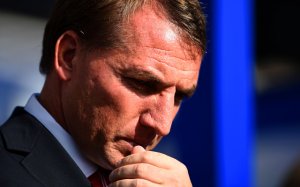 Rodgers opened up about Liverpool’s difficulties in the transfer window over the weekend, following his side’s latest defeat this season, a 2-1 home loss to league leaders Chelsea.

He was been left to reflect on a multitude of missed targets, including Blues trio Diego Costa, William and Mo Salah, as well as Alexis Sanchez, Henrikh Mkhitaryan and Yevhen Konoplyanka.

“We know what targets we wanted and what was out there,” Rodgers admitted. “But for one reason or another they are not here and gone elsewhere. We work with what we’ve got and look to improve what we’ve got and get back to somewhere near the level we’ve shown over the last 18 months.”

Yohan Cabaye deal could be struck 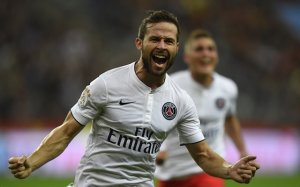 Liverpool could put in a bid for want-away Paris Saint-Germain star Yohan Cabaye, who wants a Premier League return, according to the Daily Express.

The former Newcastle midfielder could be available as PSG look to free up funds from FIFA Financial Fair Play regulations, although according to the source Manchester United and Arsenal could also be interested in the playmaker.

He is struggling to hold down his place in he star-studded line-up in the French capital and is demanding a move back to England after less than 12 months away. 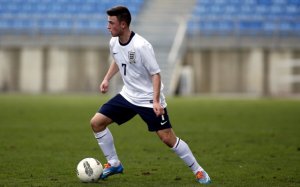 Liverpool are desperate to beat Premier League rivals Arsenal and Chelsea to the signature of Fulham starlet Patrick Roberts.

Kop scouts made another personal check on Roberts ahead of a January move. The Merseysiders are stepping up their efforts to win the race for the England youth international winger.

Roberts has been scouted by Liverpool three times this season having been fast-tracked into the Championship side’s plans. 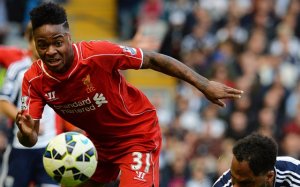 Liverpool are to insert a £60m buy-out clause into Raheem Sterling’s new contract to fend off interest from Real Madrid, according to reports in the Daily Star.

The 19-year-old is poised to sign a lucrative new five-year deal with the Reds which will include a bumper wage packet of £100,000 a week. Real Madrid have shown strong interest in the England international, who has three years left on his current deal, and believe his £30,000-a-week wages do not fit his growing reputation.

Brendan Rodgers is keen to avoid losing another star player after Luis Suarez’s departure to Barcelona in a £75m deal over the summer.

Boss expects more from Emre Can 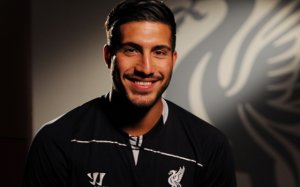 Brendan Rodgers expects Emre Can to build on a debut goal for Liverpool at the weekend as the German midfielder begins to establish full fitness and a place in the team.

“He’s a big, strong boy who is just coming back to fitness really,” Rodgers said of his performance. “He did very well, showing good power and energy in the game.

“He can shoot from distance and got a good goal. He’s a young player that is developing very well and I’m sure over the next couple of years he’ll prove to be a very good player. He’s still a very young player at 20 years of age. So games like the one in the week and this will be good for his experience.” 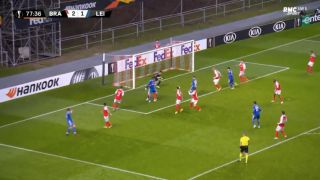