Arsenal forward Lukas Podolski took to Twitter at the weekend to mark the 25th anniversary of the falling of the Berlin Wall.

One Gunners supporter though reckons the forward should be more worried about an away loss to Swansea, than one of the most significant events of the 20th Century… 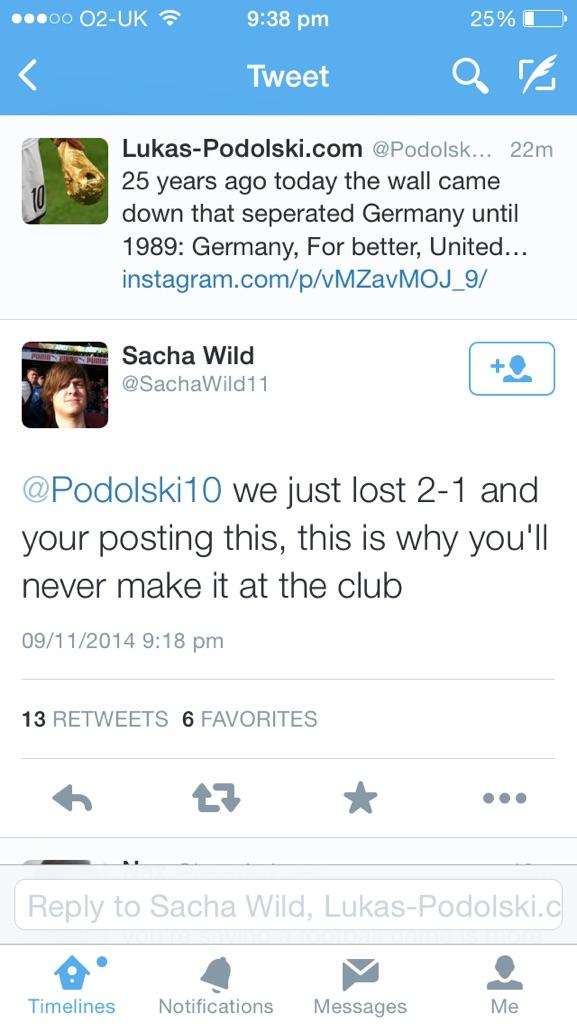