The pair collided as both attempted to wrestle the ball from the other, and neither seemed particularly pleased with their counterpart for their part in the scuffle.

As the Uruguayan turned to express his fury at the challenge, he came so close to the Frenchman that the two were practically kissing. 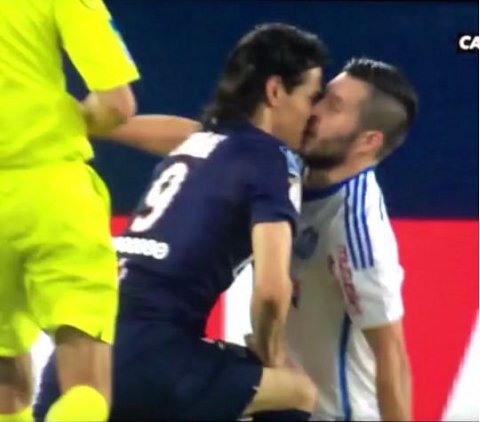