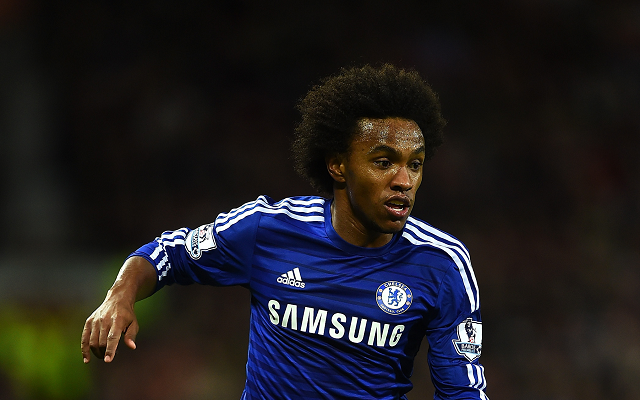 Despite a rasping shot and excellent quick feet, Willian has only found the back of the net five times in 56 Chelsea appearances, since transferring to West London from Ukraine for huge money in the summer of 2013.

“One thing I have in my mind is to score more goals – I am desperate. Mr Mourinho has told me this before. He knows, and I know, that I should get more goals,” the 26-year-old said.

“I’m very happy with my all-round game and my form so far this season, but I’ll be a lot happier if I am scoring more goals. That would be good for the team as well.”

While the big-haired Brazilian is well liked amongst the Stamford Bridge faithful for his work-rate, versatility and skill – he’s by no means an automatic starter this season. He’s been used as a substitute in four Premier League matches so far, and didn’t feature at all in another.

Perhaps if he added goals to an already fairly polished game, he’d begin to earn the plaudits that compatriot Oscar is right now.