Emirates Stadium side will hope these two line-up alongside each other in Arsene Wenger’s starting eleven from January onwards.

Arsenal fans were on the warpath after their side’s latest debacle, a defeat at Swansea City, and will hope Arsene Wenger makes a key signing of two when the transfer window re-opens.

With that in mind we bring you Mesut Ozil posing with two fellow Germans and it’s the one of the left, Sami Khedira, and not veteran Miroslav Klose who could be just the ticket.

Khedira would be available ‘on the cheap’ in January as his Real Madrid contract expires next summer and the box to box performer would offer Arsenal some real quality in the centre of the park and is arguably a far better option than the likes of Mikel Arteta and Mathieu Flamini. 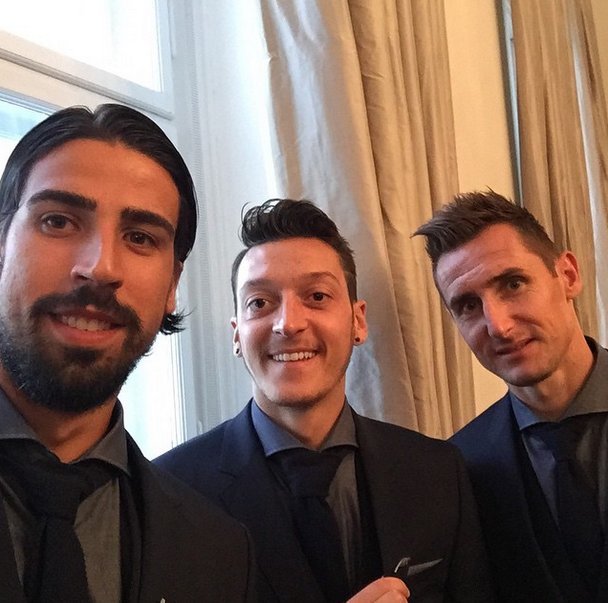