Responding to a comment by Reds boss Brendan Rodgers about the Italian regularly scoring during training, van Persie said “Course he does, he’s playing against Liverpool’s defense.” 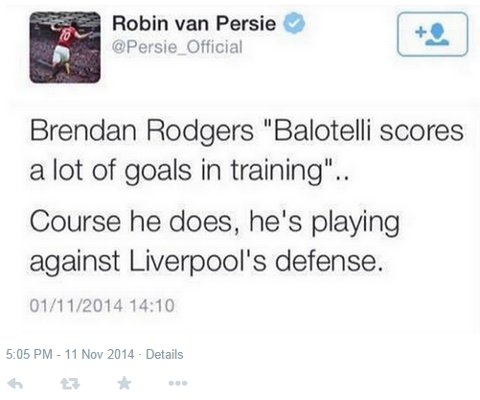 Unfortunately this tweet may not originally have come from the former Arsenal man himself. The only evidence remaining of the tweet itself is a screen shot, and if it did originate from the United striker’s account then he has long since deleted it.