Looking sharp in his all black outfit, the German World Cup winner clearly scrubs up well. Brommel stood next to him as an absolute vision however, her fantastic figure easily visible in her little black dress. 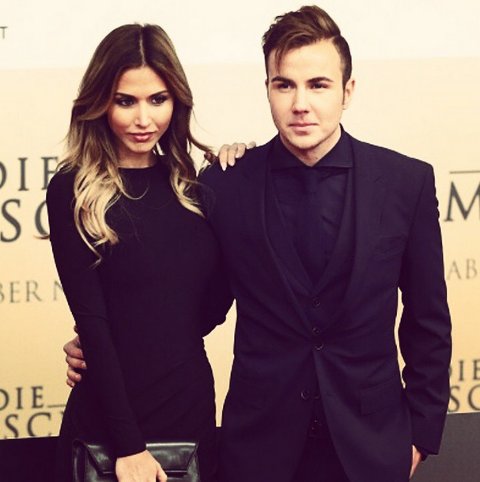