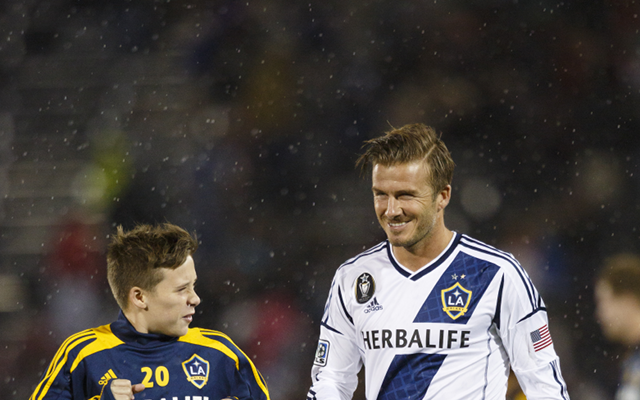 David Beckham’s son Brooklyn signed on at Arsenal’s academy the other day, and if this video is to be believed he could be quite good.

The video shows the youngster having a kickabout with PSG’s Zlatan Ibrahimovic, and he shows the Swede a clean pair of heels after a few tricks.

His dad had a career including spells at Manchester United, Real Madrid, L.A. Galaxy, AC Milan, and PSG. Could his son ever match that?