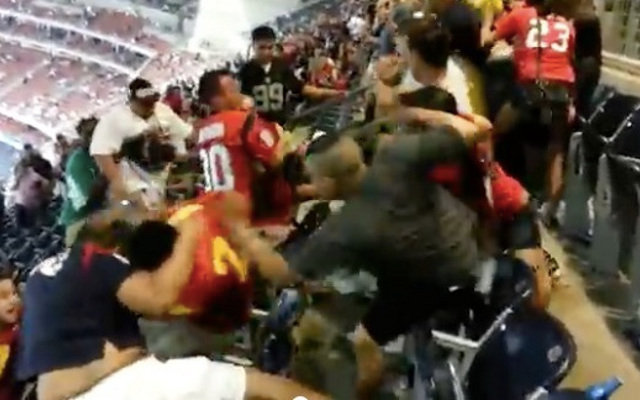 Being a referee is not the most glamorous of jobs, and based on this footage it can be a pretty dangerous one too.

Opposition players were left furious with the referee after he awarded a penalty they felt shouldn’t have stood. The official was then surrounded by the players before one of the substitutes punched him right in the face.