The usual suspects dominate the list of best-performing Copa America sides, but the other end of the list are a couple of surprises.

The Copa America is South America’s answer to the European Championships.

Held every four years it brings together the region’s best for a mouthwatering contest.

The best three sides – Argentina, Uruguay and Brazil – hold no real surprises, but the two worst sides – Japan and the USA – are less predictable.

Did you even know Japan had competed in the Copa America?! Thought not. 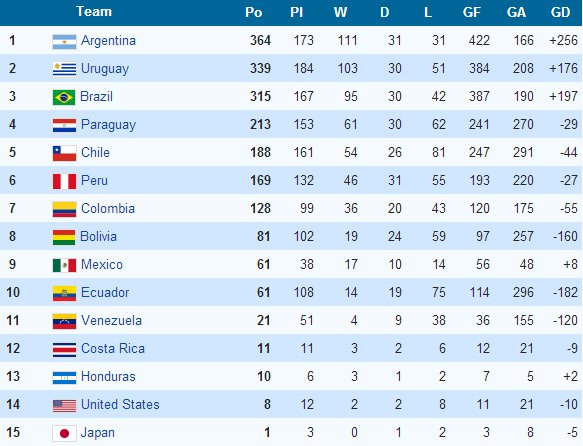