The Welsh Football Association have launched a new away kit.

SEE MORE: Are these ugly football shirts the 20 worst jerseys ever? Nasty Arsenal, Liverpool and Chelsea kits on list of shame.

Chris Coleman’s Wales side will wear the bright yellow strip for the first time when they take on Belgium in Sunday’s Euro 2016 qualifier.

Bale’s face said it all. He did not look impressed!

Wales go into Sunday’s game on a three-match unbeaten run, having taken seven points from their qualifiers against Andorra, Bosnia and Cyprus.

Meanwhile, Belgium are unbeaten in their four matches since the World Cup.

The Red Devils have beaten Australia and Iceland in friendlies, and taken four points from their qualifiers against Andorra and Bosnia. 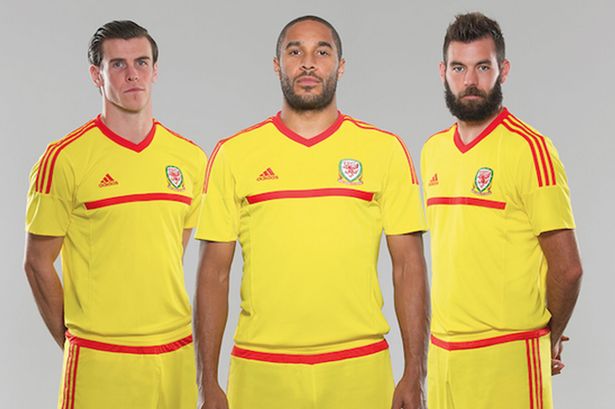