Surprisingly, Uruguay, Argentina and Paraguay are the three most successful countries in the Copa Libertadores. Brazilian sides are nowhere to be seen.

If asked to name the most successful South American sides, most European fans would certainly consider teams such as Sao Paulo, Flamengo, and Santos to be amongst the front runners.

However, if you use success in the Copa Libertadores as the metric, Brazilian sides do not feature in the top 10. Instead, Uruguayan giants Penarol and Nacional hold the top two spots, with the Argentinian duo Boca Juniors and River Plate hot on their heels.

You can see the top ten below. The best placed Brazilian side is Sao Paulo in 11th. 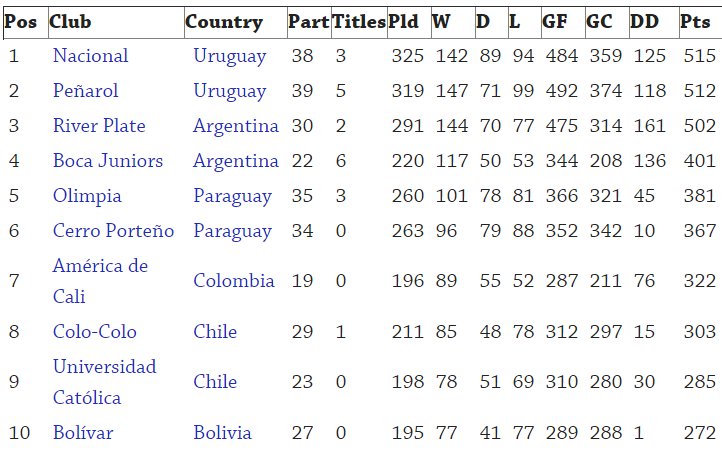