While big names grab the headlines, a host of players have escaped front-page attention but are key to their side’s fortunes…

Diego Costa. Cesc Fabregas. Angel di Maria. Alexis Sanchez. These are just four names that have dominated the headlines during the start of the current Premier League campaign. However, they are not the only stars worthy of recognition.

The Guardian recently published a list of ten unsung Premier League heroes who have escaped front-page attention, but are key to their side’s fortunes. Have a look through the list in full and see if you agree with the choices: 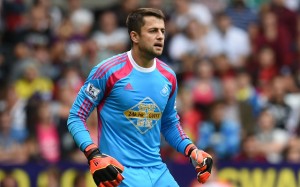 Flourishing with regular first-team football, the 29-year-old has kept five clean sheets in the Premier League this season and impressed his fellow defenders, the manager Garry Monk and supporters alike with his authority in the penalty area.