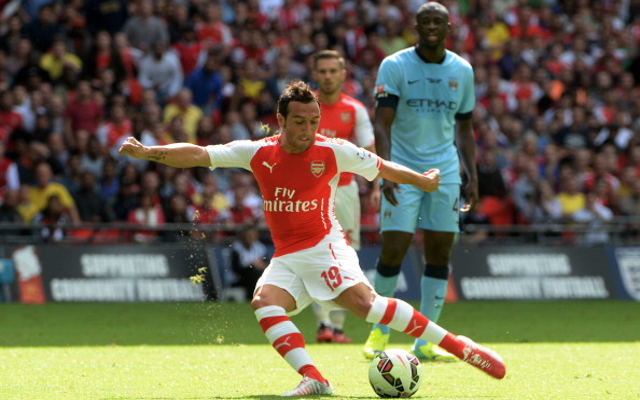 Arsenal midfielder Santi Cazorla has admitted to being mystified by his side’s constant struggles with injuries, reports El Confidencial.

The Gunners are once again suffering a severe injury crisis, with a number of players out for long periods. This season has already seen a host of players sidelined with varying degrees of severity, and the defence in particular is in very bad shape.

There is some good news for the North London club, with Theo Walcott returning after nearly 10 months out with an anterior cruciate ligament tear.

Olivier Giroud is also set to return far earlier than originally expected, with the Frenchman recovering from a broken foot suffered against Everton at the start of the season.

Something still needs to be done about the alarming number of injuries the players seem to receive however, with the Spaniard admitting that the issues have taken a serious toll on the team.

“It’s something that surprises me. There are always mishaps, like Walcott, for example, or you twist an ankle, but the constancy of tears, to see people outside the team a long time …that makes us much weaker,” he said.

“We don’t have all our players in the best possible condition and ultimately makes the team more vulnerable. We hoping that we can change this plague of injuries.”

The North Londoners will presumably be looking to strengthen in January, with at the very least another centre-back required to bolster the squad.