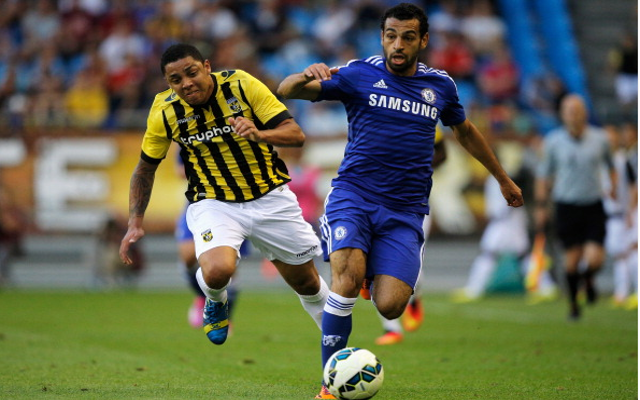 Inter Milan are reportedly on alert for the possible signing of Chelsea winger Mohamed Salah this January, according to the Daily Express.

The Egyptian youngster, who only joined the Blues last January after moving from Swiss side FC Basel, has previously been regarded as one of the most promising attacking midfield players in European football.

However, Salah has failed to make an impression during his short time at Stamford Bridge, finding plenty of competition for places in Jose Mourinho’s star-studded first-team squad.

With the likes of Eden Hazard, Oscar, Andre Schurrle and Willian all currently ahead of him in the pecking order at Chelsea, it is perhaps little surprise that the 22-year-old has struggled for regular playing time in the Premier League.

Inter are looking to strengthen this January after a difficult start to the season, with the club looking likely to appoint a new manager as well, with former Manchester City boss Roberto Mancini lined up for a return to his former club.

The Italian tactician may already have some targets in mind for the San Siro outfit, and it seems that Salah could be on the agenda as he looks set to be made available for transfer by Chelsea.