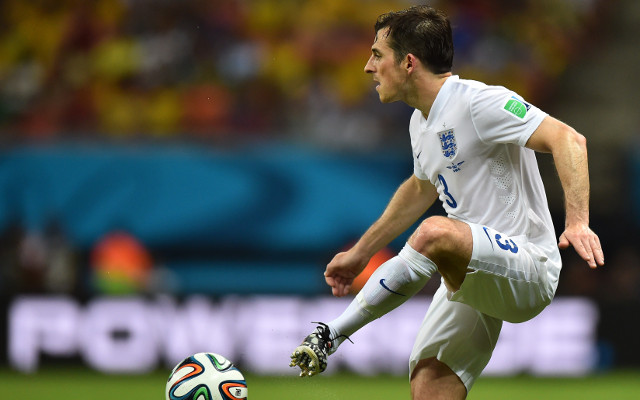 Bad news for the Three Lions and Baines.

England manager Roy Hodgson has a decision to make ahead of the Euro 2016 qualifier with Slovenia on Saturday as Everton left-back Leighton Baines has been ruled out through injury, the FA reports.

Baines suffered the problem in training and has returned to Goodison Park for treatment, meaning the 29-year-old will also miss the international friendly with Scotland on Tuesday.

In the absence of the Toffees star Arsenal defender Kieran Gibbs is sure to be promoted to the starting XI as the only other natural alternative in Hodgson’s squad.

None of Manchester United’s Luke Shaw, Ryan Bertrand of Southampton or Tottenham Hotspur full-back Danny Rose have been included so Gibbs has another opportunity to impress on the international stage.

Baines is the third player to have pulled out of the 26-man squad ahead of the two matches, with Spurs’ Andros Townsend and Man United midfielder Michael Carrick also having to return to their respective clubs.

The Three Lions take on the Slovenians looking to maintain their 100% record in qualification so far after victories over Switzerland, San Marino and Estonia.

Hodgson’s men are already favourites to top the group and another three points at Wembley Stadium will see the pressure eased even further on the nation.