A Chelsea fan sold his car to buy unbelievably expensive tickets just so he could sit near Jose Mourinho at the ATP World Tour, reports the Metro. 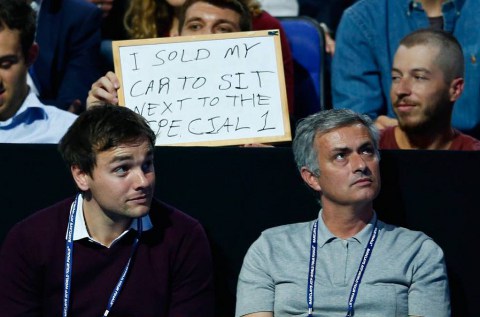 Mourinho was at the tournament to watch Andy Murray crash out against Roger Federer, but this fan was seemingly there to see the “Special One” rather than the tennis.

This guy is clearly such a super fan that he was willing to get rid of his car just to be within touching distance of the Portuguese manager.

He might regret his decision once the buzz has worn off and still he has to walk to work every morning.