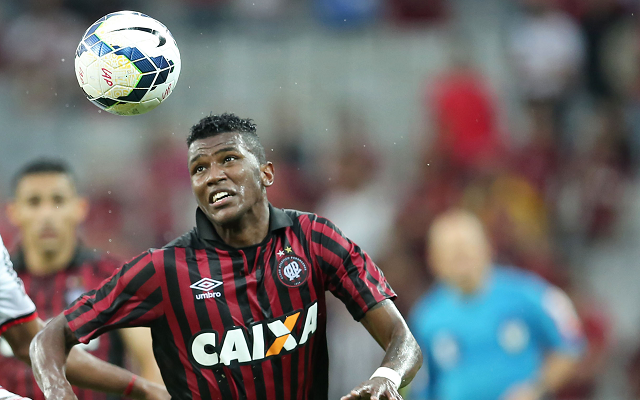 The striker’s representatives are due to travel to Europe in the coming weeks for talks with several major clubs over the player’s future.

The 20-year old has been linked with AS Monaco and Atletico Madrid, as well as the Red Devils.

United’s scouts have been impressed by the striker’s performances for Atletico Paranaense, for whom he has scored seven goals in just 13 starts this term.

His agent confirmed the interest from United, saying “I had a query about interest and Manchester United. Obviously if they want to buy, the interest to sell is there. I go to see if it’s official.”

Louis van Gaal is certainly not afraid of giving young players their chance on the pitch, but Coutinho might well see himself loaned out for a while if United do take the plunge and pay the estimated £7.5m needed to secure his services.

This would help him adjust to life in Europe, as well as aiding a potentially tricky work-permit situation.